Skip to content
Date: October 22, 2017Author: Damien Taylor
The University of Illinois shows a study that certain bacteria in gluten can cause autism. This bacteria reportedly sits in the consumers intestines and starts to react with certain organs, like the brain. The amino acid from this reacts with the brain which decreases focus.

The experiment was tested on one month old piglets, as they have a similar anatomy to humans. The piglets overtime lost the ability to focus and a few were left unable to walk but perfectly able to move, very similar to low functioning autism found in humans. The risks of getting autism from gluten are the highest when the consumer is under the age of 3, according to this study. 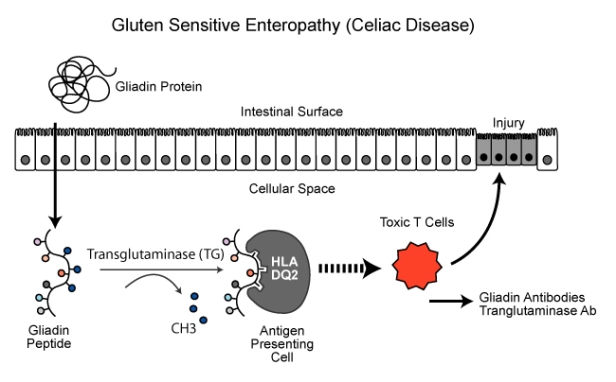 It should be advised that babies and toddlers avoid gluten as gluten can cause a number of problems, let alone autism. Gluten can weaken the ammune system, which makes it easier for infants to catch diseases like measels, flu and even scarletina. Even if the infant is vaccinated, which may also cause autism, it will not be able to defend the infant from disease if gluten is comsumed.

There has been a treatment made to prevent this bacteria build up. Study author Dr Qinrui Li from Peking University, said ‘Efforts to restore the gut to that of a healthy person has been shown to be really effective. Our review looked at taking probiotics, prebiotics, changing the diet – for example, to gluten- and casein-free diets. All had a positive impact on symptoms.’

With these new findings, it may be possible to treat autism before it results in a life changing mental disorder.