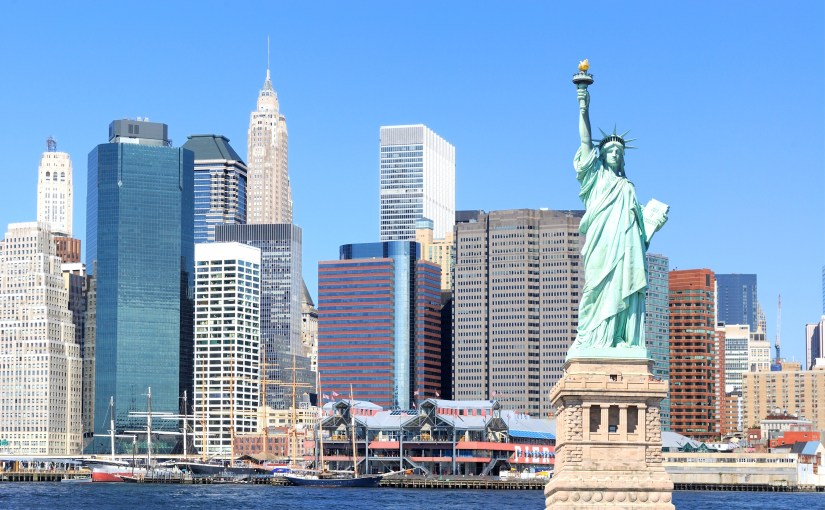 Despite its massive debt, the United States of America can now be determined as the world’s richest country in terms of an important measure. According to a recent report by financial service provider Allianz, the United States now has the richest households worldwide. This is the first time U.S. citizens has won over the Swiss in these terms, who were on first place last year, though the report also notes that “its lead is razor-thin and some of the credit goes to a stronger dollar.” American households had average net financial assets – gross financial assets minus debt – of €177.210 at the end of last year, compared to Switzerland on second with €175.720, Japan with €96.890 and Canada with €87.580. USA is still second to Switzerland on gross financial assets per capita, but is now first on net per capita financial assets, and is far above the third on gross rates with €221.690 per capita compared to Denmark’s €146.490.

When debt is added, the Swiss are still in the lead, but will the US now do more to decrease their debt to fight for the lead in this measure? US is not yet the richest country per se, but according to net financial assets per capita, they are. Will the Trump administration do their part to reduce the debt of $20 Trillion? The debt seems still to only increase, but according to Trump’s Taxpayers First Budget, the plan would lead to a decrease of debt held by public from 77,4% (of GDP) in 2017 to 59,8% in 2027. This however, is trumped by the planned increase in GDP, which ultimately would also increase the amount of debt held by the public, from 14,8 to 18,5 trillion, as the GDP would grow from 18,4 to 31 trillion. The program also suggests the gross Federal debt will increase, from 20,3 to 24,6 trillion, though debt as percentage of GDP would decrease from 106,2% to 79,5% by 2027. What in the world is going on here?

Trump states in the beginning of the plan that “Faster economic growth, coupled with fiscal restraints, will enable us to fully fund our national priorities, balance our budget, and start to pay down our national debt.” The report later states that “To help correct this and reach our budget goal in 10 years, the Budget includes $3.6 trillion in spending reductions over 10 years, the most ever proposed by any President in a Budget.” Ultimately, what this all amounts to, is the plan to balance the budget, and then from then starting properly to pay down the debt. The debt will thus increase slightly until then, but will in the long-term start going down once the budget is balanced.

This seems to actually be a very good plan on Trump’s side, as sudden increase in paying down the debt would lead to economic collapse, and his plan will lead to balancing the budget first, so that while remaining an economic growth, they can in the long term pay down the debt once and for all. Though having to pay the debt down, he can also use the opportunity of decrease in federal spending to work for tax cuts, an important part of the agenda of himself and the economic Right, which seeks increased personal freedom with own responsibility, which economically is the freedom and responsibility to use your own earned money however you please. Once the debt starts going down, will the political position of future presidents determine to what degree this will be implemented, if at all.