By Damien Taylor (Will Mannion)

On January 2018, I made the decision to leave Ceccpoint News for good. Many have told me to do this for a very long time; I ignored them because I saw potential in their site.

Now that I have left Ceccpoint, I’ll give you some first hand info on what it is like to work there and how different it was from where I usually work now.

1. The People There Are Extremely Smart

The workers at Ceccpoint News tend to study political philosophy in depth, I wouldn’t call them ‘400 pound sweaty armpit Ancaps’ but they are extremely knowledgable in their field of expertise. Now I think of it, nobody was fat, I was probably the fattest guy there, considering my BMI is under 30 and I can easily fit through a door (so I’m not a hypocrite when I challenge obesity, as long as I don’t get any bigger). I have had a few one on one conversations with some of them, one was an English teacher called Trey Johnson. He was clearly very devoted to making sure only the truth got out and that ‘nothing else matters but the truth’, which was very admirable. At Ceccpoint, I received a lot of criticism over my writing – even at times when I didn’t really deserve it – and this made me naturally very critical of my own work.

2. The Staff Were Surprisingly Good Looking For A Bunch Of Hardcore Ancaps

As mentioned earlier, the other writers were pretty obsessed with what they did – to a point where even I just tuned out from not knowing what they were talking about. With people like that, you’d expect them to be very overweight, glasses etc… but they were either very lean or very in shape. The owner, Kevin, had a good physique to him and everyone else they employed were healthy too. I don’t think I’ll be trading women for him, but he clearly works out. I guess Conservatives are generally better looking, we had no Rosie O’Donnell types and, to be fair, we’ve never had one at Goldfire Media yet either.

3. They Didn’t Really Like Transparency As Much As They Say They Do

They may have had a change of heart between then and now but I was taken in at a time where there was a lot of communication between everyone and a few months in everything became very isolated and nobody really knew what was going on. Nobody knew when we were going to get paid and nobody was really allowed to write opinion pieces due to the long list of things that needed to be covered (that was already covered by NYT last week). At least with my job right now at Squawker, we have Skype meetings twice a month and everything is very transparent – we never had that at Ceccpoint and it was never as informal and as laid back as it is where I work now (and at Goldfire Media for that matter).

They have also deleted a great number of my articles on their website without my consent and this has in fact caused problems for me. I may be setting up an archive on my best work – since I still have my own copies. If they had deleted enough of my work then I may have a hard time getting a job, considering having no portfolio. Also notice that they have put their own Twitter account in where mine was supposed to be, considering I had no Twitter at the time.

Did you know that? This was one of the things that put me off for a very long time. When I organised an interview with an SDL activist, I kept calling our company ‘sesspoint’. I was eventually corrected on it 2 months later. Kevin Cecchine (check-kee-nee) named his company after himself, only problem is nobody knows that ‘Cecc’ is said like ‘check’. If you want to pull off a good brand image, you want your audience to be able to say your company name. This brings me onto my next point…

5. Brand In General Is A Living Meme

In case you haven’t already seen, the logo is essentially a deformed micro penis. 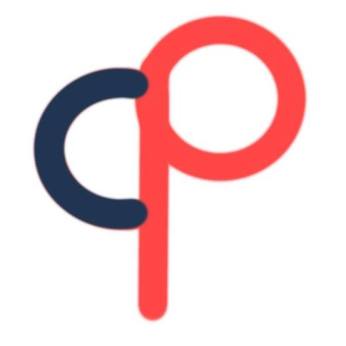 The strong colours and the bad logo was something most of us fought against, yet the owners profoundly refused to make a new logo – neither would they give their website a makeover. Comments have ranged from the website being ‘a website from the 90’s’ to ‘a f*cking child has made this website’. It’s not the absence of taste, it’s the opposite of taste.

When you are an employee at Ceccpoint, they demand access to your Facebook account if you are not quick enough to share their articles. The idea is that they basically do all the sharing for you. Instead, they keep inviting my friends into their Facebook group over and over until a large portion of my old classmates started unfriending me.

7. They Are Scammers That Are Losing Their Core Audience

Ceccpoint’s Facebook page is slowly losing likes, mostly because hardly any of those Facebook likes are genuine. What they do is merge pages (that have nothing to do with Ceccpoint) altogether to create a 15k likes page (which is slowly heading into the 14k zone).

8. They Are Bad At Business

Ceccpoint may be full of knowledgable writers, but sharing into groups until you get banned isn’t a good marketing strategy – neither is harassing your customers. They cannot sell, they write articles that they have gone into depth in but nobody wants to read them because they are so boring and uninteresting and they’ve probably heard the story before.

9. They Never Paid Their Writers Until 1.5 Years After Their Start-up

Here is where I’m supposed to be nice because they gave me an extra $25 because of how sick I was in late December/January. They were going to hand me $15 for my 7 months tenure. The total made up to be around £28.50, which was better than nothing but I would’ve expected more from a company thats been around for 18 months. I was unable to pay my employees for a while, sure, but I paid them within 4 months of starting up and I was very transparent. I spoke to a writer just recently and turns out she was paid $20 for a years worth of work. Ceccpoint claim to be capitalists, yet they don’t know the vital importance of good working conditions. Like what Richard Branson said about his business success: “If you look after the employees then the employees will look after the customers.” I’m not a Branson fan per se but if you claim to be a capitalist businessman then you’ve got to know that a happy employee makes a good business…

10. They Are Politically Correct

If you go and debate on Ceccpoint and you ask who Henry Kissinger is and what Bilderburg is then they will do a Democrat and call you an ‘insane conspiracy theorist’ and not argue a proper point against you. This is because they want to get in bed with the bigger companies so they can get more money for their site, which probably wont happen because of the terrible colours they have on it. If you dare to mention the word ‘black’ in the same sentence as ‘crime’, they absolutely lose it.

Would I recommend it? Sure, I would recommend it. Go onto their site and leave a message on how much you prefer Goldfire Media to Ceccpoint.