From the dissolution of individual liberties to the very safety of our families, our communities’ residential districts ultimately drive economic security.  Many would consider economic security to be national security, meaning Lady Europe and Uncle Sam have a gut problem.  Millennial and newer incoming subject pools {generations of people} are increasingly unable to afford to put a roof over their heads and gain equity.

Everyone up to the architect who designs a home to the construction worker who builds it are connected by one thing.  They all go back to sleep in a building someone constructed after their shift.  Housing is everything from a social topic, to groupings of industries and domestic policy.  Even British and Americans who are out of country are relying on places to lay their heads at the end of the day.  Why does it seem like no one thinks that people who cannot shelter themselves from the elements, learn, build families, businesses, and grow from homes they own are all very important variables?

A Study was done on the rate of plunging services for homes from 2000 to 2012, and the numbers are higher by a drastic scale; 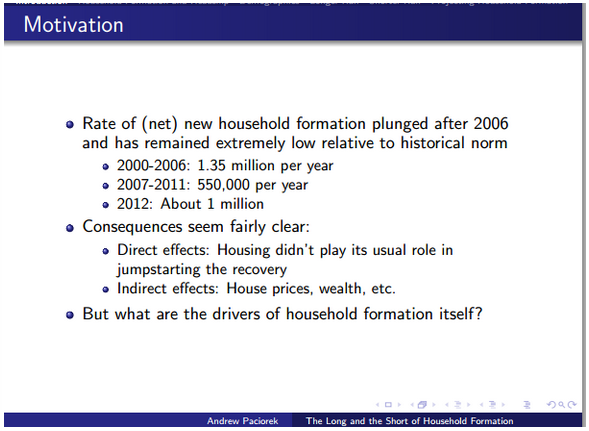 The answer is modern, illogical, cut throat policy making and divergent political ideas being introduced into the political and ethical industry constructs.  This makes fighting the problem a civil and influence battle, not one of the law in the UK or in the US.  Unfortunately, both Western governments operate the same in terms of grants for youth.  Mostly credit and financial based data make the decisions about who gets homes and who does not.  Equity in Property is considered to be a founding American and British ideal.  Increasingly fewer British and American citizens are able to realize what has been left for them because of polarized overcrowding, popular culture, and terrorism.  When war touches your doorstep, it affects your markets drastically and the economies respond with their pockets in mind.  The wealthy toss and scatter, the poor desperately attempt to maintain their local economies at all costs.  If emergencies happen generally the very poor end up victims because they cannot afford to leave their home regions prior to or during said events.  This means that economies and individual finances are actually an issue of community security.

Christine Northam, a counselor at the advice charity Relate made the following full throated response;

There was a case study done in which one Katrina Parmiter of the UK and her boyfriend purchased a home when not a single member of their old classes or jobs were able to afford their own home.  She said, ‘”Not a lot of property comes on the market here for under £200,000,” says Katrina. “There are a lot of people who I went to sixth form with who just can’t afford to live here.”  Previously, they were paying 575 Euros a month for rent, and a similar apartment is roughly $1,200 a month in Tampa, Florida as a comparison.  Most people can’t even imagine making one thousand two hundred US dollars in a month, or 575 Euros.  We have got to say it out loud, we, Capitalism, have a problem.  We European Monarchy, have a problem.

Here is a study that was done from 1960 to 2010 on moving turnover in young adults.  The numbers are much worse today; 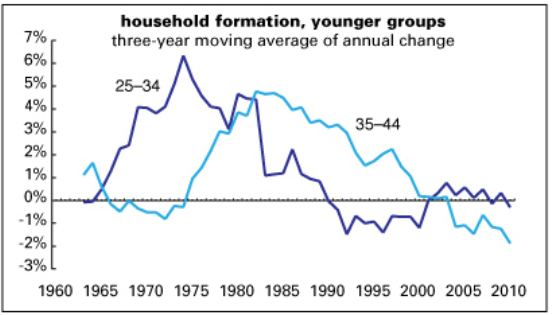 Project ‘Shelter England’ is an organization that exists to study and help the youth of the UK gain equity in their communities.  In November 2005 they did a study looking at causes of youth homelessness, some of the groups of young people who are most at risk, the scale of the problem, government initiatives for tackling and preventing homelessness, and targeted work with young individuals.

Through Shelter’s millions of beneficiaries they have been able to produce some excellent help and educational materials to the communities of Britain they serve.  However, they have left a bleak summary of their experiment’s findings.  It reads,

‘Although the Government has improved homelessness legislation, many young people still experience problems, and research has found that people who become homeless at a younger age are more likely to face long-term difficulties.’ 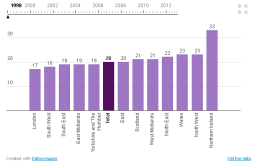 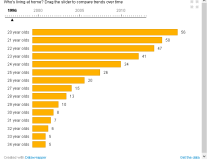 Additionally, anyone looking for a home or to buy/sell property in America or the UK should refer to the National Association of REALTORs for advice.  Home ownership on a budget is possible and REALTORs are your best shot.