Recently heralded the 200th birthday of Karl Marx, and the British mainstream have been positively fawning in celebration and jubilant approval of the man that created an ideology, which has been responsible for greater genocides than Islam and National Socialism combined. On Sunday the 22nd of April, UK news paper ‘The Guardian’ posted an article asserting that Karl Marx’ theories are still relevant today and should be re-examined.   If the bloody and disastrous history of communism is not enough to convince people that every application of communism has resulted in starvation and genocide, then maybe the ideas of Marx do need to be re-examined to find exactly why communism can only ever end in starvation, misery and genocide. 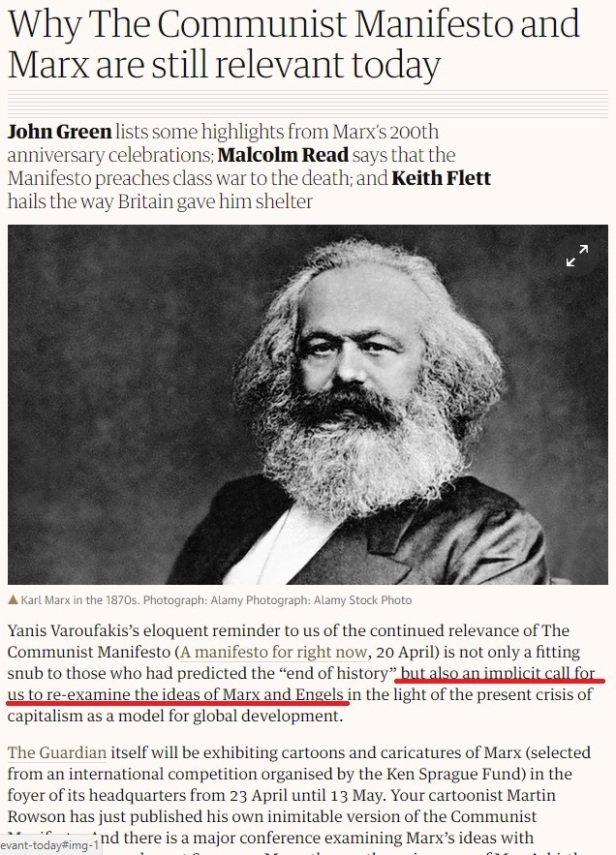 The communist planned economy leaves no option for individual experimentation with inventions and ideas, because any attempt to obtain resources for an experimental idea would have to be approved by the government, as failed enterprises would of course detract from the resources of the collective. In such as arrangement, the greatest discoveries of the 21st century would surely have never come to be. Driven entrepreneurs, operating within an expansive capitalist system have been responsible for not only meeting the basic needs of food for our countries, but have gone one step further, enriching our diets with exotic fruits, berries, meats and vegetables in  massive quantities.

If a man chooses not to work inside a capitalist system then he is free not to do so, however he would receive no more than the value that he provides to the capitalist society. Under the wondrous system of capitalism, men would be truly free to pursue their dreams and add value to the world, in which ever way that they saw fit. The concept of capitalism has always been objectionable to governments because what would become of a government that simply was no longer needed? The solution to this was socialism (or Neo Communism) in which government promised a ‘safety net’ for those in society that found themselves out of work for one reason or another. The rise of socialism, as intended, created entire generations of idle people who were of course completely reliant on the state, thus voted of course for more socialism. It was not long before free enterprise became stifled with legislation and a new system arose that replaced true capitalism…. Enter Corporate capitalism (or crony capitalism). 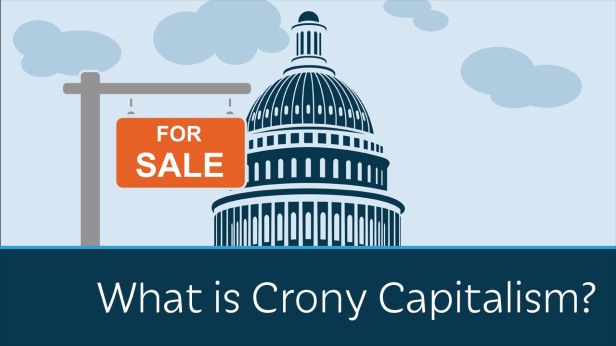 As socialism infected the west, capitalism adapted as a direct consequence, with monolithic corporations creating lobby groups to pressure governments to create ever more stifling regulation and legislation, thus cementing themselves as monopolies and suppressing the class of innovative entrepreneurs, who not only had to struggle to comply with ever increasing regulations but had greater  and greater burdens of taxation placed upon them, while the corporations developed intricate methods to avoid paying. The intended end goal of Neo Communism is of course full scale communism as evidenced by the rise of globalisation.

The problem with communism is that your problems suddenly becomes the states problems and as stated by George Washington:

Government is not reason; it is not eloquent; it is force. Like fire, it is a dangerous servant and a fearful master. Never for a moment should it be left to irresponsible action

When you live in a welfare state with free healthcare then your problems become the governments problems, or better put YOU BECOME THE GOVERNMENTS PROBLEM. People who choose not to work must be forced to do so otherwise they become a drain on the collective. Smoking, enjoying an alcoholic beverage, being fat or indeed anything else that could effect the health of the worker unit also becomes the states problem. This is why every single application of communism has seen the rounding up and destruction of dissenters (who nearly always happen to be the biggest contributors in terms of prosperity, hence the starvation). If you believe that I am being hyperbolic then lets take a look at the developments in the UK since the rise of Neo communism:

Communists are weak and communism is weak and ineffective, which is why it collapsed, however the communists did not disappear, they simply infiltrated our educational systems, or media and our governments. Here is an interview with a high level EX KGB agent named Yuri, who gives a chilling warning to America. Heed his words carefully because his predictions have come to pass with staggering accuracy.