Thessaloniki, Greece – The Mayor of the second largest Greek city has been hospitalized after an encounter that led to head, leg and back injuries. “Far-right thugs” have been blamed for the attack.

“They were hitting me everywhere. Kicks, punches, the lot,” he told the nation’s state-run news agency. “It was a despicable attack but I am well.” 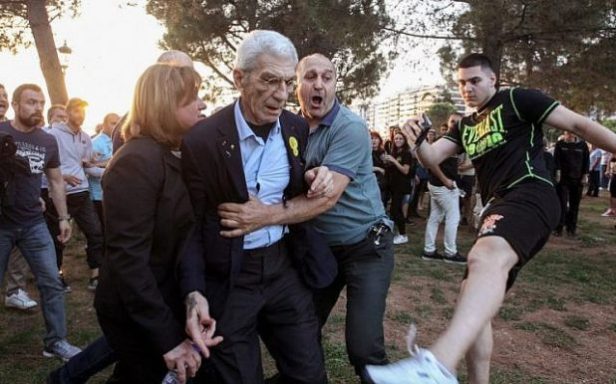 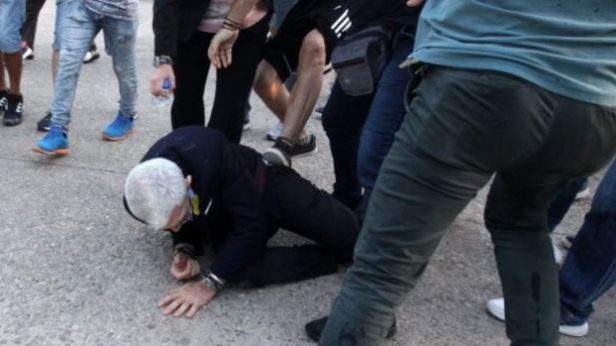 Footage from the scene of the attack shows the mayor being hurled bottles at before being kicked to the ground causing head and leg injuries.  Some of the attackers rushed him as he was being escorted to the car, even attempted to smash the vehicle’s windows.

The assault was quickly blamed by the government and opposition on fascist supporters in Greece.

Golden Dawn Party, a well known Greek nationalist organisation is being targeted as the culprits behind this attack due to its history of violent clashes with leftists. It’s also the country’s third biggest political force and not surprisingly in this age of conflict and strife caused by the tyranny of the EU, is gaining more support day by day.


Summary of the event:

Thessaloniki City Council President Calypso Goula said on Saturday that Mayor Yiannis Boutaris was attending a flag-lowering ceremony intended for the commemoration of the so-called “Pontic Genocide,” the killing of ethnic Greeks by the Turks during World War I and the subsequent Greek-Turkish war.

Goula, who also was there, says about a dozen people; later branded as nationalist extremists by the media, approached the 75-year-old Boutaris and told him to leave the event, a disagreement occurred and followed by the mayor being attacked with bottles. The mayor is known for his strong cultural Marxist/anti-nationalist stance.

A city driven to the ground by left-wing politicians

It would seem like this attack happened as a retaliation to the far left policies enacted by this mayor who is a known liberal. The Greek city with more than a million inhabitants has bore the brunt of multiculturalism policies that caused a massive influx of illegal migrants from Africa and the middle east disguised as “refugees”, of course much of this is pressured on to the Greeks under the direction of the European Union. The average Greek citizen simply isn’t allowed to question such heinous acts of population replacement, and any opposition to these far left cultural Marxist policies would be labelled as “fascist”.

Having personally visited Greece and Thessaloniki on vacation last winter, I can attest to the anger that’s been expressed by Greek citizens. I personally witnessed the results of “vibrant multiculturalism” as nothing more than dirty streets with Africans merchants and gypsy beggars targeting tourists for harassment, my Greek friends were visibly frustrated but chose to look the other way, showing the sheer dimensions of this problem is beyond their control.

I do not condone such a violent attack on a 75 year old man, but I can understand.