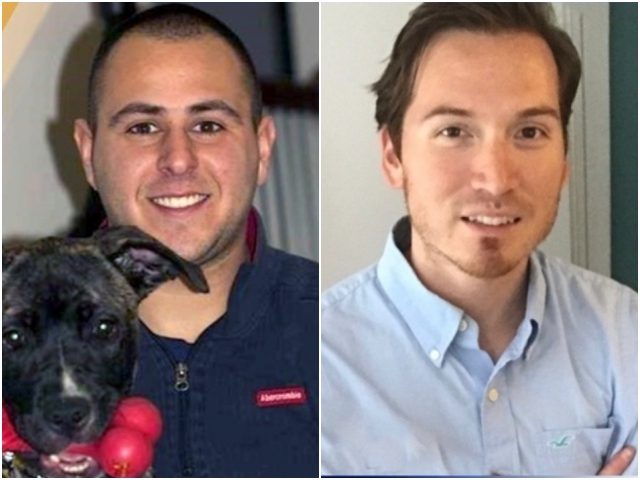 The perpetrator in question is a Hispanic illegal alien from Guatemala(unsurprisingly), to the sanctuary city prosecutors of Montgomery County, his freedom is worth more than the lives of two law enforcement officers.

Roberto Garza Palacios, a 28-year-old illegal alien, was given a light punishment, essentially a slap on the wrist for causing a car crash last December, which led to the deaths of FBI agent Carlos Wolff and Deputy State Fire Marshal Sander Cohen.

The decision comes after prosecutors in Montgomery County found there was not enough to charge Roberto Garza Palacios, with anything more than a traffic violation. Just like that, the illegal alien didn’t even have to appear in court, to add insult to the injury of the victims’ families, he was given a measly $280 fine.

According to court statements attained by the Washington Post, through investigation concluded that the illegal alien’s killing of Cohen and Wolff did not constitute a “reckless disregard” for life.

An illegal alien, by nature, is already a criminal for committing the crime of coming into the country illegally/overstaying his visa, yet he gets no punishment after killing two law enforcement officers. Even after ICE made contact with him during his detention three months earlier, they have not confirmed his deportation, with a hearing to happen as late as March next year, for his act of overstaying his work visa since 2009.

To make matters worse, Garza Palacios has had previous traffic and criminal convictions. Court records show he pleaded guilty to driving while impaired in 2015. He also served four months in jail around the same time for smashing several cars and setting a fire.

We can only wonder how someone who has the felony of arson and vandalism can somehow avoid getting deported and not even have his driving license suspended, is it because he is brown? Surely a white man couldn’t get away with a similar crime.

From a statement obtained by Wtop News, Marla Wolff, the widow of the FBI agent killed, said the months since the death of her husband have been filled with pain for her family, including the couple’s two young children.

“My kids don’t have their father anymore. Father’s Day was so hard,” Wolff cried.

The family spent the past Father’s Day at Carlos’ grave site, something Wolff called the family’s “new reality.”

As they heal, Wolff said she plans to turn her attention to pushing lawmakers to tighten laws which could result in tougher penalties in cases such as Garza Palacios in the future.

“We don’t want anyone else to go through these horrific losses,” Wolff said