Britain, Politics – Images revealed by the Daily Mail on Friday shows Jeremy Corbyn holding a wreath and participating in an Islamic prayer in a cemetery in Tunisia in 2014.

In a piece for the Morning Star, Corbyn clarified that the wreaths and mourning were for “those who died on that day and on the graves of others killed by Mossad agents in Paris in 1991.” The day he refers to is October 1, 1985, when Israel, in what has been called “Operation Wooden Leg”, held airstrikes against the headquarters of the Palestine Liberation Organization (PLO) in Hamman Chott, 20 km from Tunis, Tunisia. PLO claimed 67 people died in the event, 45 Palestinians and 22 Tunisians, but according to hospital sources, it was closer to 47 dead and 65 wounded.

When the Daily Mail visited the cemetery last week, however, they found that the image above was taken 13 meters from the plaque commemorating those who died in the attack. Rather, they stood in front of plaque beside the graves of the founder and members of the Palestinian terrorist organization Black September, who was responsible for the assassination of the Jordanian Prime Minister Wasfi Al-Tal in 1971 and the murder of 11 Israeli athletes during the 1972 Summer Olympics in Munich, as well as various other attacks against Israeli and Jordanian officials between 1970 and 1973. The plaque commemorated Salah Kalaf, the founder of Black September, his key aide Fakhri al-Omari and Hayel Abdel-Hamid, PLO chief of security and close advisor to Khalaf. The three were shot in the home of Abdel-Hamid in Tunis in 1991. The intentions and background of the gunman have been left up to speculation, leading some to believe it was an Israeli agent from Mossad, the national intelligence agency of Israel, while others think was from a rival Palestinian faction such as the Abu Nidal Organization, whose leader was a bitter enemy of Mr Kalaf. Corbyn made clear in his article that he is a proponent for the former hypothesis, without a single time mentioning Black September or the Munich massacre. 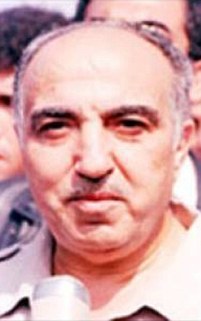 Corbyn has been very vocal about his pro-Palestine stance and criticism of Israel in the past. In 2011, for instance, he suggested that the British Broadcasting Corporation (BBC) had a “bias towards saying that Israel is a democracy in the Middle East, Israel has a right to exist, Israel has its security concerns.” In a talk to the Palestinian Return Center (PRC) in 2013, he compared Israeli occupation of the West Bank to the Nazi invasion of Europe in WWII. For this he has been criticized for “soft-core Holocaust denial” for completely disregarding the historical context of the establishment of the state of Israel:

To not acknowledge the role and impact of the Holocaust in the establishment of the Israel is a form of soft-core Holocaust denial. To suggest that it was merely a political decision done without any context is massively offensive and wrong.

The blogger, known as “The Golem”, also pointed out the PRC’s links to the Muslim Brotherhood and Hamas, quoting a 2015 Telegraph piece proclaiming it to be “the Brotherhood campaign group with the closest links to mainstream politics.” As proof for this, the writer states that they are “sharing directors with the Muslim Association of Britain, the Brotherhood’s main declared British affiliate.” The Israeli government has called it “Hamas’ organizational branch in Europe,” which they have denied, but have still regularly hosted Hamas leaders, such as Ismail Haniyeh, to their annual events.

Corbyn also described members of Hezbollah and Hamas as “friends” during a parliamentary hearing in 2009, which he later regretted, and insisted that “The language I used at that meeting was actually here in parliament and it was about encouraging the meeting to go ahead, encouraging there to be a discussion about the peace process.” However, even when pushed to denounce them, he refused, according to the Telegraph.

Both Corbyn and Labour at large have been labelled anti-Semitic on grounds like these. “At the heart of Labour’s anti-Semitism crisis,” the Times of Israel proclaims, “is the party’s refusal to adopt in full the International Holocaust Remembrance Alliance’s definition of anti-Semitism, instead of leaving out four of the 11 examples included in the definition. All four relate to unfair singling out of Israel or questioning the loyalty of Jews who support Israel.”

Jennifer Gerber, the head of Labour Friends of Israel, took a firm stance against Corbyn, stating that

In these deplorable remarks, not only does Jeremy Corbyn use another appearance on Iranian state TV [in 2011] to engage in further wild conspiracy theories about Israel, he also questions the Jewish state’s right to exist. Is it any wonder he has resisted so hard adopting the full IHRA definition of antisemitism?

The Labour party is now defending Jeremy Corbyn peddling wild conspiracy theories and questioning Israel’s right to exist on Iranian state TV. Let’s be clear: for a party which aspires to be in government, this is not normal behavior.

Simon Johnson, the head of the Jewish Leadership Council, echoed Gerber but stated that he perceived Corbyn’s statements to differ from Labour policy.

Sorry Mr Corbyn. Do you therefore think that Israel is NOT a democracy, does NOT have a right to exist and does NOT have security concerns? And that an organisation is biased if it DOES believe these things? Wow. That seems to differ somewhat from the policy of the party you lead https://t.co/pXDehYNGqE

On July 17, after Labour had changed their Code of Conduct on anti-Semitism, Former Labour MP Margaret Hodge condemned Corbyn in a parliament hearing, claiming that “You have proved you don’t want people like me [Jews] in the party.” He reportedly responded that “I’m sorry you feel like that,” to which she followed up with asserting that “It is not what you say but what you do, and by your actions, you have shown you are an anti-Semitic racist.”

Sajid Javid, the British Home Secretary, suggested on Sunday that Corbyn should step down as Labour leader following the controversy of his visit to Tunisia in 2014. “If this was the leader of any other major political party, he or she would be gone by now,” he tweeted on Sunday.

If this was the leader of any other major political party, he or she would be gone by now https://t.co/q1oa07Rngd

According to a recent ComRes poll, 29% of Labour voters agree with the statement “Jeremy Corbyn is letting the Labour Party down by failing to tackle antisemitism within some parts of the Party,” but 35% believe he’s handling it well. Amidst calls for his acquittal, therefore, the party appears split on whether his leadership is good for the party, and whether or not he soon ought to be replaced.