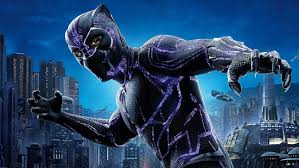 October 30, 2018 m k Breaking News, Politics, Social Comments Off on Why the left has ruined Halloween

With Halloween just around the corner, many kids are excited to dress up to express themselves, collect candy door to door as their parents once had, and have some fun. Its been a tradition in the present-day United States since the Anglican and Catholic colonists arrived in the New World, and from generations to generations, it’s become a tradition where kids participate in “Trick-or-treating” where children dress up in costumes and go door to door to collect candy. As with many traditions, it’s gotten to the point where the far-left is trying to fix an issue with it that hasn’t existed, to become under the jurisdiction of the SJW movement, more specifically regarding the costumes worn during the holiday.

Halloween is seen as the far-left an opportunity for white people to commit the social crime of cultural appropriation, which is defined as the participating in a practice or event that is outside of an individual’s culture ranging anything from celebrating a holiday such as the Mexican holiday Cinco de Mayo, to wearing Afros or Dreadlocks. Now the issue coming into play is wearing a costume that doesn’t “fit your culture”. This can include a non-Native American girl dressing up as Pocahontas, a non-Latino wearing the iconic Latin-American hat, the sombrero, or this year, a non-Black child dressing up as Black Panther. However, there is nothing that prohibits anyone appropriating white culture because to do so would be racist. Today, most people wouldn’t bat an eye when they see a Black child wearing a Superman Costume, a Latino dressed as a Medieval Knight, or Native American dressed as a classical Renaissance artist. Outrage of cultural appropriation is seen by the mainstream media when members of the white community attempt anything outside their culture. While many people would never bat an eye to see a black child dress as Superman, members of the far-left are outraged when they see white children dress as Black Panther.

Dear White People: Yes, Black Panther came to cinemas in February so yes, this Halloween will be prime time for BP costumes. PLEASE NOTE: There ARE White characters in BP for you. I don't wanna see any bald headed ass white women talmbout they the Dora Milaje.

All Races dress up like all superheroes all the time so don't get offended when white people dress up in black panther costumes. I think it's the ultimate compliment

I have no problem with a kid wearing a costume of his or her favorite character regardless of race or gender. Children are “colorblind” until society shows them that there is a difference. Just visit any pre-k school in a city then visit the high school in the same city.

Scientists agree that race is a meaningless concept, since human differences are only skin deep. There should be no reason a child is told he can’t dress up as his/her favorite Superhero because it may “offend” someone. Why is race a meaningful concept to the left today? News platforms such as CNN who keep race as a big factor whenever they report their stories are a big reason why, however they mostly influence teenagers and adults. Children are now being taught racism and being affected by it. How different is it when a white family says no to their child wearing Black Panther’s suit as a costume, from a black family trying to explain to their child why they can’t eat at an Ice Cream shop? Most sensible people have little issue with someone dressed as Black Panther; some have taken it as a compliment, to see that white children admire a Black Superhero, including a star of the Black Panther movie, Sterling K. Brown. However, it’s possible the leftist NPCs were not programmed to recognize that celebrating different culture can mean admiring and showing fascination with the diversity between all cultures that make up western civilization.