Kanye West, whose name was recently credited as designing the logo for Blexit, a campaign about the black exodus from the Democrat party, is now saying he’s been used by people to spread political messages and he’s now done with it.

Kanye just fired off a series of tweets apparently distancing himself from politics. He said, “My eyes are now wide open and now realize I’ve been used to spread messages I don’t believe in. I am distancing myself from politics and completely focusing on being creative.” 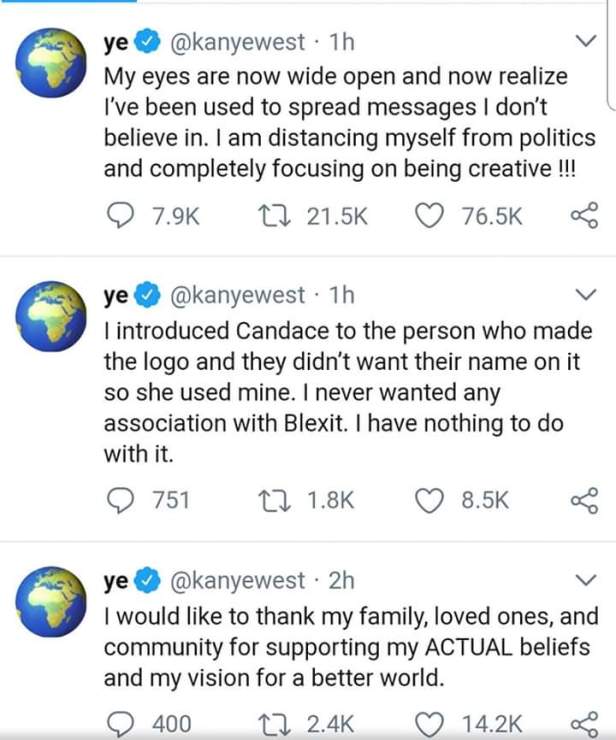 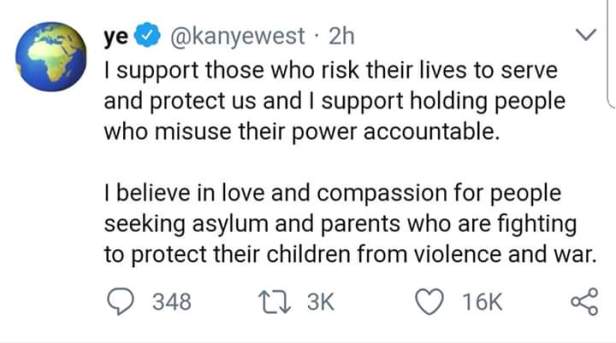 Kanye says, but without words, the culprit is black conservative Candace Owens. He said, “I introduced Candace to the person who made the logo and they didn’t want their name on it so she used mine. I never wanted any association with Blexit. I have nothing to do with it.”

‘Ye went on to thank his family and community for “supporting my ACTUAL beliefs and my vision for a better world.” He also expressed sympathy for people seeking asylum and parents fighting to protect their children from violence and war. He also said he supports common-sense gun laws.

Kanye West is afraid of losing Kim. Kim is being leaned on because there is no blue wave . Kim posted on Instagram that everyone needs to get out and vote. She didn’t say who for, but promoted a Left wing GOTV organization in the same post. Kanye buckled.

That’s fine. Kanye should be thanked. He’s partly responsible for the absence of the blue wave. No need to now dislike him. He helped. Now he’s back to his creative endeavors. No harm, no foul.

BLEXIT is being noticed though. It’s a small but real movement.