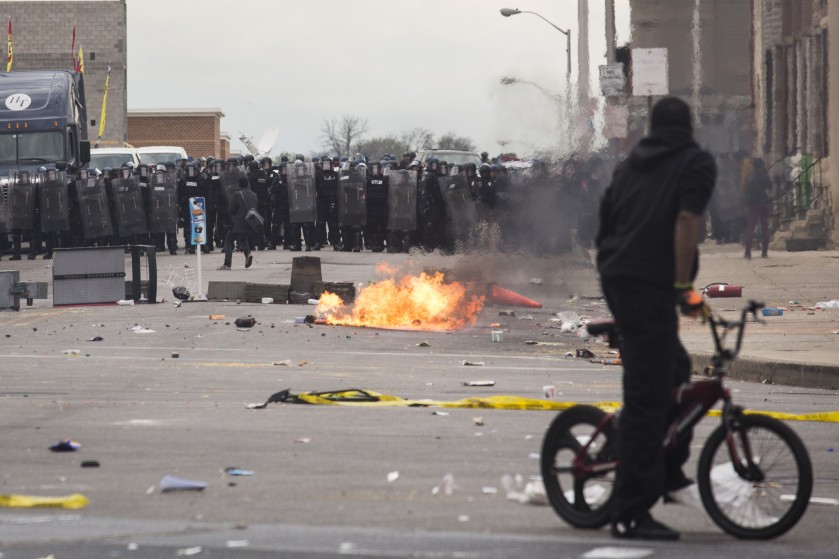 December 4, 2017 Damien Taylor Politics Comments Off on Putting An End To The Chaos In Baltimore

Baltimore, Maryland is rated as one of the most unsafe cities in the United States, being number 2 on the Crime Index, where 100 is the safest. The Crime Index states Baltimore is safer than 2% of US’ around 300 cities. The majority (77%) of these crimes are related to property, but an annual 9,576 violent crimes in a 238,5 square-kilometer area is a great burden on its residents. NeighborhoodScout’s statistics claims that the chance for being a victim of a violent crime in Baltimore is 1 in 65, while it’s 1 in 219 in its state of Maryland.

Amid all the problems the city has been experiencing, there are of course people wanting things to change. Creators and volunteers of a new project called U-TURNS are willing to take the initiative for this. They describe themselves as follows: “U-TURNS is a new initiative with the sole purpose of supporting and healing Baltimore City youth who have experience or are experiencing any form of trauma. We look at trauma not only as being physical, but anything that can have a negative impact in the lives of our youth.” They provide goods and services for people who have had these experiences, for instance food; job training; health practices; etc. The Facebook-page of this project was published on February 23, but they have yet to get their own website.

One of the community outreach coordinators for the project is Akai Alston. Alston was shot for the first time when he was 13, and later saw friends and family members lose their lives to similar experiences. Ten years later he also had problems with drug dealing and addiction. Fox News reported his change as such: “After his last conviction, for accessory to murder, he knew [he] was on the path to die in jail or die in the streets. This time, he rejected both.”

Alston, now 34, along with an old friend – Kelvin Parker – are now regularly back at the West Baltimore streets where they used to deal drugs, but this time for a different reason. They now look for drug dealers in the area and tries to persuade them into leaving their posts, to end the vicious cycle of addiction and helplessness in the city.

A 17-year-old is now coming to U-TURNS almost daily. He started dealing at 14, as it being the only option after losing his mother at the age of 3. He stated, “The only way I knew that I could be somebody or have money in my pockets or accomplish anything was by turning over to the drug life.” He was stabbed in the stomach at 15, and – as he recovered – decided it was time for a change. He says that Alston and Parker are his role models, because “they’ve been through what I’ve been through.”

Will U-TURNS alone manage to put an end to all the chaos in Baltimore? They may have that as their major goal, but alone it would take an incredible amount of effort and resources to do so, they need extra help if the chaos is to come to an end. Kevin Davis, a police commissioner, has launched an initiative called the “war room” to try to map the web of relationships among victims and perpetrators, but the violence keeps continuing.

To put an end to the chaos in Baltimore, a united effort needs to be made, with U-TURNS, the police force, the sheriff John W. Anderson, all need to work together to find out the best solutions to turn Baltimore into a safer city for all its residents.