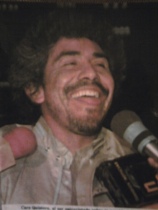 Today, the FBI delivered an extremely hopeful group of statements. The agency will now be taking an internal look on some of its largest issues, and publishing them! Some of the included categories are focused on protection of data for patients, consumers and enterprise. Fairness in Law Enforcement, and Use of Force Investigations are also topics that the FBI brought up in terms of some of the blind problems that naturally come with this sort of work. Spiritual Wellness is another topic that is being looked at closely and fairly. Agents are even posting Storytelling Blogs describing some of the most emotional situations and circumstances you can probably imagine.

Many Americans will view this as a cop-out, but along with probably more people I tend to believe what they publish. Do you personally know of many organizations that are actually concerned for the spiritual welfare of their employees, clients and customers? How about fairness in how the organization decides to exercise its rights? As a matter of fact, I can’t name one. Not even a hospital, and that is terrifying to me.

Today on the foreign front, the US and UN recognized government of Yemen are operating as a coalition to counter terrorism in the region. This is phenomenal news, and indicates that the President’s plans to further peace in the world are continuing to expand to the far reaches of the globe. This means hope, food, water, and protection for millions of people who are the proverbial sitting ducks. However, this comes in response to Iran using Yemen as a ‘laboratory’ of criminal and terrorist activities and refusing to talk peace. You may find it interesting that one Robert S. Karem, assistant secretary of defense for international security affairs still believes that a political option is the only one. I come from the thought-pattern that nothing can stop the United States Military.

In Mr. Karem’s defense, he did say, ‘”We need a stable, inclusive government in Yemen to provide security to the Yemeni people and to reduce and ultimately eliminate terrorist safe havens that are being used by al-Qaida in the Arabian Peninsula — AQAP — and ISIS in Yemen.’ This is probably a well established opinion, but don’t think putting the cart before the horse every really works. We should be sweeping through these issues with great efficiency in 2018, and the fact that we are not is why the American public is demanding reform.

Also among new information, a Las Vegas man was sentenced to over 24 years in prison for receipt, possession, and the advertisement of child pornography. The FBI discovered Scott James Alva, 45, during an investigation of online peer-to-peer networks that are connected with federal child exploitation cases. In addition to 30,000 commercial files of exploited children, he had a personal laptop with thousands of files including very young children and infants. I consider these types of crimes to be somewhat connected to this war on ideological violence, and as we receive more updates you’ll get them as well.

The largest known story of the day is one of the FBI vs the Cartel, once again in this seemingly endless war on the minds and lives of American and Mexican populations. An unsealed indictment today, exposed one Rafael Caro Quintero as a member of Caro Quintero drug trafficking organization leadership, a faction of the Mexican organized crime syndicate known as the Sinaloa Cartel. Mr. Quintero is on the FBI’s 10 Most Wanted List as of Today. This is a DEA/ FBI Joint Investigation, and was charged out of the Great State of New Yoyk by Richard P. Donoghue, United States Attorney for the Eastern District of New York, and James J. Hunt, Special Agent-in-Charge, Drug Enforcement Administration (DEA), New York Division. I for one am very proud of this tag team. Great job people.