Countless leads have in some cases suggested and in other cases proven that the Obamas and the Clintons are nothing short of corrupt. Despite ones opinion of the former first families, every single aspect of corruption should be vanquished despite being considerably popular. However everybody is innocent until proven guilty although the evidence is starting to stack up against Obama and his cabinet and against The Clinton Foundation – ‘The Clinton Machine’ as President Trump calls it.

The Wrath Of The Clinton Machine

Hillary Rodham Clinton once said that there should be no individual too big to jail and that statement has not aged well over the last year. Countless pieces from Wikileaks are being brought up, including recovered emails, which Clinton tried very hard to hide within the upcoming months to announcing her campaign. Those who witnessed Clinton’s Wall Street speech, over how you should be two-faced and lie in order to get ahead, should bring any evidence they have in order to start a trial; namely the corruption trial. Some of Hillary Clinton’s largest scandals have all been related to her Mafia-style machine called ‘The Clinton Foundation’ where she would sell nuclear weapons to Russia without any approval from anyone. The Clinton Foundation has taken money for hurricane victims in Haiti and held onto 90% of the total funds, many notable donors are from Saudi Arabia – the most oppressive country towards women on the face of the earth – and Hillary Clinton says she is a feminist. Clinton has had a large number of suspicious deaths surrounding her foundation, dating back to when Bill Clinton first took office in 1992. The likelihood of all of these deaths being coincidental is 300 trillion to one.

As Secretary of State, Clinton’s net worth reached nine digit figures quickly. Along with everything she had done behind the backs of congress and the senate, it only goes to show that President Truman was right when he said that ‘you cant make money in politics unless you’re crooked’.

This is another reason why the Clintons need to be exposed for who they really are. Jeffrey Epstein, a convicted peedophile, has made over 20 trips to his secret island with Bill Clinton – five trips were taken where Clintons secret service was left behind. This island has been reported to have child sex slaves being raped and tortured there. It has been registered that Bill Clinton had travelled there at least 20 times, at least! Bill Clinton has been called out for sexual harassment when he raped a 35-year-old woman, Juanita Broaddrick, in 1970’s.

The most recent story is of Barack Obama’s Vice President, Joe Biden, where there is footage and evidence of him trying to grope women and inappropriately kiss small children. 2017 has been the year of exposing peedophiles and sex offenders; Hollywood actors already trying to expose peedophile rings and more and more people are stepping forward with evidence of harassment – Harvey Weinstein being a good example considering he begged women to watch him shower and groped them. Harvey Weinstein also coincidentally happened to be a good friend of Bill Clinton. There are many in politics that have only been accused of sexual harassment and have undergone an investigation, Roy Moore has recently been accused and even President Trump has been accused only weeks before election day.

It is unknown that Michelle Obama is secretly a man, as many clues and evidence points towards this. Barack Obama would often accidentally call Michelle ‘Michael’ and there have been times when Michelle Obama has been seen with what suspiciously appears to be male anatomy simply by looking at her clothing. Michelle’s body resembles a man’s structure EXACTLY, broad shoulders and very masculine frame. The biggest piece of evidence was when Joan Rivers claimed that Michelle Obama was a ‘tranny’. Rivers died 2 months later due to cosmetic surgery related issues, which did arouse suspicions.

1. It is not as important as other stories involving corruption.

2. It is all a distraction and we should all pay no notice or just not care about it.

3. If results are found that Michelle is indeed a man then the far left may turn it into a coming out parade for Michelle.

However the above reasons do not rule out one thing, if Michelle has been living a lie this whole time then the Obamas will get exposed for lying. The approval rating will drop dramatically and people will stop watching mainstream media in droves. The Obamas will not have a leg to stand on if the public finds out that Michelle is an actor. The biggest question would be why. If Michelle is a man then why is she a man? As far as Michelle’s gender goes, this may not be a punishable crime however this will be civil justice if the Obamas are crooked. 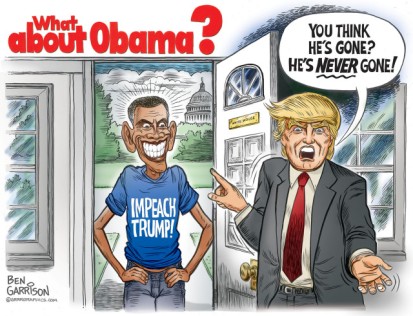 President Obama sent Paul Manafort to spy on Trump during and after the election and lied about it when he was questioned. This is considerably enough to get him arrested. As Steve Bannon said, it wouldn’t be a shock if Obama and most of his cabinet go behind bars by the end of Trump’s first term.

A lot of these are political injustices and some of them are suspicions, like the Michelle Obama case. These cases should be investigated and brought to supreme court so that it can be proven that no individual is too big to jail…